The toxic dinoflagellate, Pfiesteria piscicida, has been implicated as the primary causative agent of major fish kills and fish disease events (finfish and shellfish; 103 to 109 finfish) in North Carolina estuaries, coastal areas, and aquaculture operations. Pfiesteria and closely related toxic species (“Pfiesteria-like complex”) have also been confirmed in fish kill/disease areas and aquaculture facilities outside North Carolina from the mid-Atlantic to the Gulf Coast.  Fish kills caused by P. piscicida usually occur in the warmest part of the year, and often precede low dissolved oxygen levels in the estuaries. 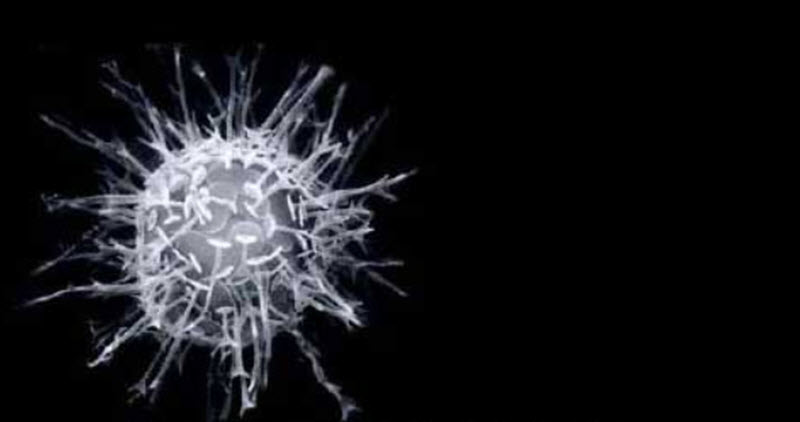 Pfiesteria likely has been in this region for a long time (thousands of years) as a nontoxic predator on other organisms (bacteria, algae, small animals).    Many experiments in lab and field indicate, however, that human influences (e.g., excessive nutrient enrichment to the poorly flushed Albemarle-Pamlico estuarine ecosystem) have slowly shifted the environment to encourage Pfiesteria‘s fish-killing activity.

P. piscicida was first found during 1988 in fish cultures at the North Carolina School of Veterinary Medicine.  The fish in these cultures had come from many regions of the world, so the organism was a novel culture contaminant of unknown origin.    Dr. Burkholder, research associate Howard Glasgow, graduate student Cecil Hobbs, and other members of the NCSU Aquatic Botany Laboratory were called in to learn more about this small dinoflagellate’s activity and life cycle when it was killing cultured fish.  The researchers worked with fish pathologists Drs. E. Noga and S. Smith to begin to understand the organism’s effects on fish health.  Dr. Karen Steidinger and colleagues (Florida Marine Research Institute) helped these researchers to formally name the dinoflagellate, which represented a new family, genus and species.    Pfiesteria was named in honor of the late Dr. Lois Pfiester, who contributed much of what we know today about the complex life cycles of dinoflagellates.